This is a bag to love and cherish for eternity. This is the upcoming Lady Dior in white deerskin printed with a pink alstroemeria flower, and it could be the most wanted bag in the world over the next couple of months. This is a piece of fashion as art, the kind that gives me heart palpitations, takes my breath away, makes me melt inside the way Monet’s waterlilies paintings do, or the sight of an Oahu beach on a balmy cerulean day, or standing in a garden surrounded by intoxicatingly aromatic roses, or seeing a dress in fuchsia pink with a cut as perfect as its colour. 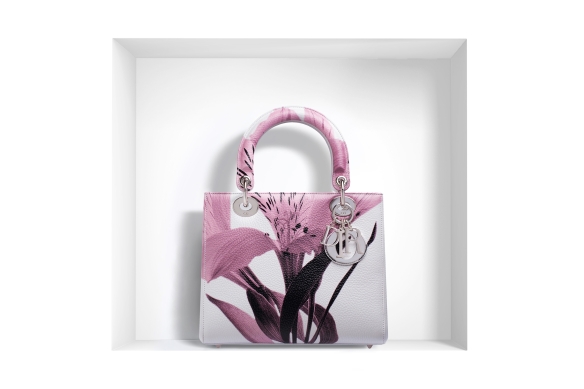 This is not about need. Nobody “needs” a great and valuable work of art, a multi-million dollar mansion, a Lexus 4WD or an expensive dinner at one of the finest restaurants in town. But it’s not just about desire either. For some it might be about status, but I’ve never been hung up on my status in the world. I’m just a woman who knows what makes me feel amazing inside. This is about feeling so full of rapturous delight that the heart literally soars. And the best thing is, it looks and feels great on the outside, too.

I have a few Dior handbags. On this blog’s recently added Debbie Dior page I have given a characteristically detailed rundown of how my passion for all things Dior grew quite intensely over just the past couple of years – actually even a little less than two years – beginning with some birthday fun in France in August 2012. On the page I explain how this passion, dare I admit obsession, began when I was working on the PR for a Pedro Almodóvar film that featured a Lady Dior bag in a pivotal scene, and I then began lusting for one. The one I wanted was the most elegant and iconic version, in black calfskin, with classic cannage stitching, red silk lining and gold hardware.

The photos above are of the medium version, but I wanted it in the large size as it is such a structured, stiff bag that to get your hand inside and feel around for things would, I believe, require space. And a statement bag might as well make a big statement. At the time I started lusting for this Lady Dior bag I was not in a position, financially or lifestyle-wise, to buy it. And when I was about to embark on my big travels that, unbeknownst to me, would give me the fashionista lifestyle that such a bag would suit, I felt that a large Lady Dior bag being packed and unpacked in a suitcase over a long period of time might be prone to getting misshapen. So I put it off, feeling that when the time was right, I would have this bag.

A good-sized black bag is an absolute essential in any wardrobe. The one I’d been using since 2007 was by the Australian brand Oroton. It was heavy and hard-wearing, with brass hardware and a slouchy, casual look. I liked it for a couple of years and then really didn’t like it at all any more. I wanted something more sophisticated, a bag that worked with jeans and casual attire, but also looked good for a business meeting or out for dinner. I didn’t take the Oroton with me on my 2012-2013 travels, having decided not to pack heavy handbags, but very soon I was collecting new bags of various shapes, sizes and weights – including my first Dior bag, the Milly La Forêt, in the colour Foulard (pale mauve-pink), a lightweight cushiony, less expensive style than the Lady Dior, and not black. Read all about that at Debbie Dior.

Then in London – at the Harrods store in Heathrow Terminal 5 of all places – I laid eyes on a Valentino bag that gave me that rush. I’d entered into the world of Valentino while in France, shortly after my plunge into Dior, and the Italian brand’s bows, rosettes and ruffles unfailingly appealed to my innate sense of romance and whimsy. So I bought my black Valentino large bow zip bag tax-free en route to Madrid, and enjoyed it frequently through that northern hemisphere autumn and winter. With its sturdy large handles and long detachable shoulder strap, it is a delightfully versatile piece and it holds a huge amount of stuff. Now that autumn is here in Sydney, it’s emerged from its dust bag and has been getting some good daily use.

I do feel it’s a cool weather bag, even though the leather is soft and the bow so evocatively draping. Something about the heaviness of the zip and the solidness of the bottom of the bag just says “cool seasons” to me, and it was after all from Valentino’s Autumn/Winter 2012 collection. Then in the Spring of 2013 Dior released their Diorling bag, and the large black version seduced me. A perfect all-season piece and more versatile, I felt, than a Lady Dior, it won me over – and it had the gold charms, too. I first saw it on its launch in May in London, but bought it in Waikiki in July. And it’s become my most often used handbag of my entire collection.

And so it seemed Lady Dior was ever on the back burner, even though my desire to own one had not abated. Lady Dior is the signature piece of Dior’s leather goods collections. On Dior’s website, the “Discover Lady Dior” page explains the origin of the bag in 1994 and its devoted use by Princess Diana in the two years before she died, and for whom it was named Lady Dior.

Every season a range of new versions is released, some classic and mono-coloured, others multi-coloured, embellished with badges, beads, sequins, tweed or something more. I kept thinking that when the right Lady Dior came along I would not be able to resist it, and in the mean time I would wait and watch. 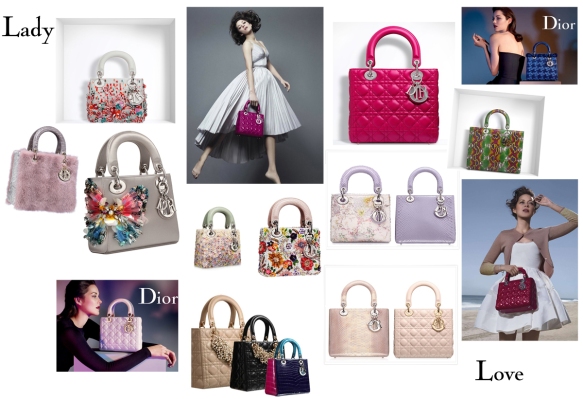 French actress Marion Cotillard is the brand ambassador for Lady Dior and the campaigns that feature her are always beguiling.  Then in the past couple of weeks these photos appeared as part of the pre-Fall campaign. I knew I had found my Lady Love. 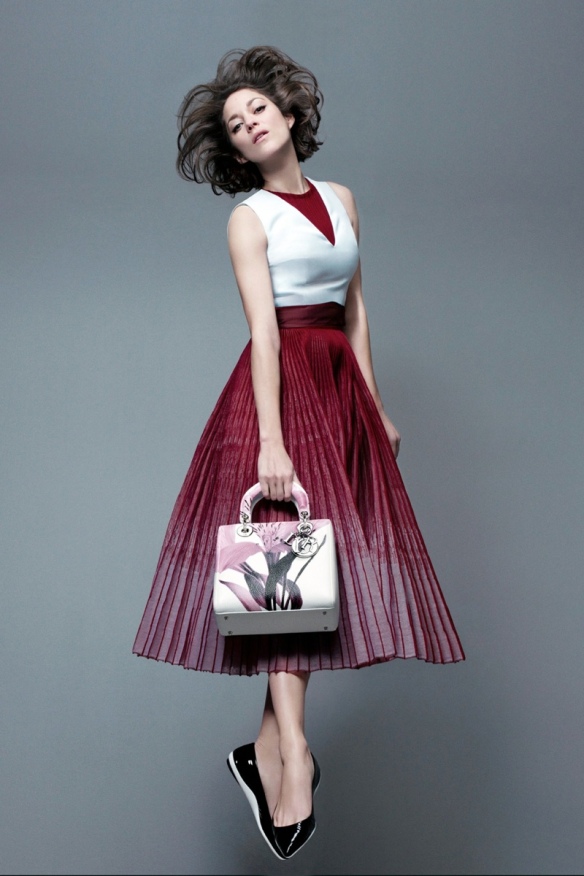 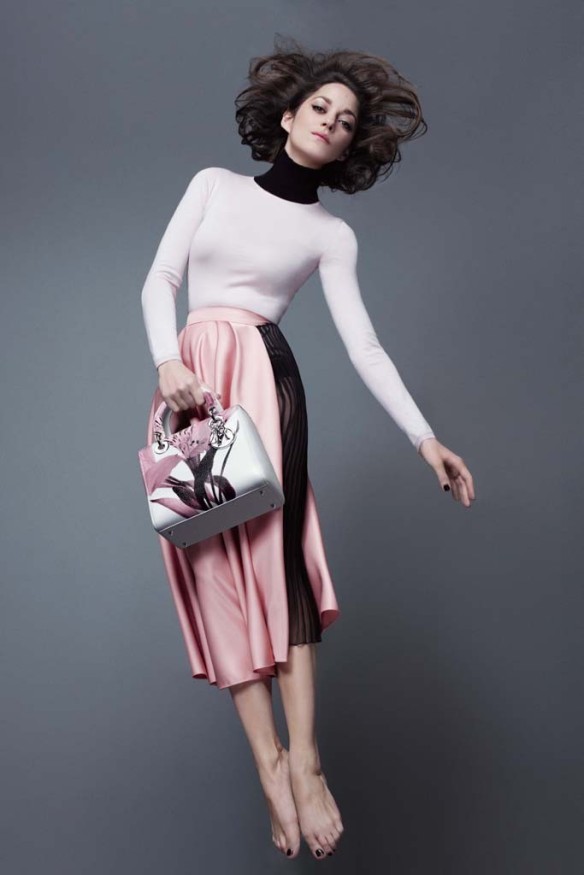 This Lady Dior only comes in the medium size but with that exquisite print, said to offer a modern interpretation of Monsieur Dior’s garden, I think that size is just big enough. I have so many looks that this bag will go perfectly with and despite its white background, I could definitely see it working as a winter bag as well as for summer. And so now I am waiting to find out if I am going to be one of the lucky Dior lovers who gets to have one of her own to love. If it happens, I’ll be euphorically palpitating right here.